How George Harrison Brought the East to the West

“My Sweet Lord,” a global hit featuring chants of “Hallelujah” and “Hare Krishna,” was the first solo single by George Harrison, the former lead guitarist of the world’s biggest rock band. His decades-long spiritual quest (starting with Eastern music before progressing to Hinduism and Krishna Consciousness) changed the ways people in the West looks at God, gurus and life, and made him the most influential religious rocker of the last half century.

An angry debate over the role of faith and evangelism at the U. S. Air Force Academy in Colorado Springs creates controversy and leads to a Pentagon review.

The ongoing USAFA religion controversy and a lawsuit about proselytizng at the Academy led to new Air Force regulations governing how to handle (and not handle) religion.

Stories about love, lust and the undead may not seem like the best vehicle for teaching teenagers about faith and morality. But Mormon author Stephenie Meyer’s bestselling novels use vampire legends to offer LDS-friendly instruction on sexuality, dietary restrictions and more.

People assume the man who wrote 1991’s Generation X and 1994’s Life After God is a cynic. But the author who skillfully skewers his generation’s skepticism is himself a convinced anti-skeptic. “I am the most uncynical person on Earth,” said Coupland between bites of spaghetti in Denver before a reading at the Tattered Cover. “I have so been looking forward to this interview so I can discuss real things.” Things like his faith in God. “But I’m really mad at him right now,” he admits.

“Fundamentalism has been scoffed at more than it has been studied,” wrote Stephen Prothero in The New York Times Book Review. See how the fundamentalist movement began and how it has evolved in this article, which was based on a presentation at the International Conference on Fundamentalism and the Media.

“Reckoning,” her 2012 show at the Colorado Springs Fine Arts Center, demonstrated the increasingly popular artist’s profound reverence for found objects, (even if she repurposes those objects in ways no one else would imagine), her mastery over the demanding technical processes that transform stuff into art, and her simultaneous embrace of both seriousness and whimsy. Steve’s first article for IMAGE journal describes why and how Maker makes her art, including Reptilius Consumerus Devourus, a gigantic snake that was created from shredded U.S. currency and other bank documents.

You can buy a copy of IMAGE here:

For decades, the Church of Scientology has used persuasion, intimidation, lawyers, celebrities and p.r. to promote its teachings.  But attacks by hackers, journalists and prominent ex-members have stymied the organization, challenging both its carefully burnished image and its standard methods of self-defense.

No Longer “Left Behind”

Once a quiet backwater of the publishing industry, Christian books like the apocalyptic Left Behind novels have become crossover bestsellers in mainstream outlets. This 2002 Christianity Today cover story provides “an insider’s look at how Christian books are agented, acquired, packaged, branded, and sold in today’s marketplace.” The article examines trends that have helped propel bestsellers including This Present Darkness, The Prayer of Jabez and The Purpose Driven Life.

Like Elvis, Madonna, Bono and Beyonce, Oprah is a super-celebrity for whom one name suffices. She rules a powerful entertainment empire, but her endorsement of “New Agey” spirituality is causing many longtime Bible-believing fans to turn her off, as we see in this article written for a network of Christian newspapers.

Created by a politically conservative Baptist pastor from Georgia, this bestselling Bible proclaims, “America stands without equal as a beacon of hope and freedom in a hurting world.” But some religion scholars say this entry in the lucrative “specialty Bible” market exploits scripture to baptize nationalism. Others are less subtle, calling this unapologetic work of religious nationalism “idolatrous.” 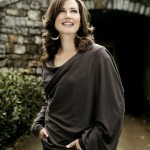 Divorce, Remarriage and Redemption through Hymns

Long a lightning rod for those Christians who considered her too sexy or too worldly, Christian pop music superstar Amy Grant faced a career crisis after her divorce from Gary Chapman and her marriage to Vince Gill. But her “Legacy” album reacquainted her with traditional hymns and gospel songs like “Nothing but the Blood” and “What A Friend We Have In Jesus” that promote the message of God’s grace and forgiveness. “We wouldn’t need a savior if everybody did everything all right,” she says in this article for the Religion Journal section of The New York Times.

Getting Up-Close and Personal with Labrador Retriever Movie Star

Lois got a “pawtograph” from the day we visited Brodie, one of eight adult yellow Labrador retrievers who played Marley in the movie “Marley & Me.” Our visit happened just after Brodie had a “Marley day,” taking advantage of an open pantry door and helping himself to a carton of chicken broth, a box of brownie mix, a bag of peanut butter M&Ms and a few candy canes left over from Christmas.

The Lasting Legacy of the Woodstock Generation

Pete Fortanale, the author of Back to the Garden: The Story of Woodstock, says many members of the “Woodstock generation” embraced spiritual values that have transformed American culture and religion in the decades since 1969.

Horrors and Healing Inside The Shack

No Matter What, God Loves You! She Really Does!

Initially rejected by a dozen publishers, William “Paul” Young’s novel of horror and healing has touched millions of readers who embrace its message that God (portrayed here as a black woman named Papa) can redeem even the most desperate tragedies.

As at a time when symphony orchestras across the country are struggling or closing down, the Colorado Springs Philharmonic is bucking these dire trends. Nathan Newbrough, the Philharmonic’s energetic new 36-year-old president and CEO is combining the low-cost ethic of Wal-Mart with the quality-assurance of Nordstrom.

Elizabeth Gilbert’s account of her midlife meltdown and her subsequent year-long, around-the-world quest for food, salvation and sex (now a major motion picture starring Sandra Bullock) embodies a tradition of spiritual autobiography that was started by St. Augustine sixteen centuries ago and is now being faithfully carried on by writers like Anne Lamott and Rhoda Janzen.

He’s a card-carrying “spirit-filled” Christian, but long time Charisma magazine editor Lee Grady says the world is growing tired of fallen charismatic/Pentecostal superstars in his book, The Holy Spirit Is Not For Sale. Grady critiques religious leaders who quickly rebound from major sexual/financial/drug scandals only to reemerge into the spotlight with a new wife, a new ministry, and a new message God commands them to take to the masses.

After his dramatic fall from grace during a 2006 scandal involving gay sex and drugs, Ted Haggard rose again, founding a new congregation that acknowledges we’re all sinners. “This is a church for people like me,” he said, “people who know everyone needs a break.” 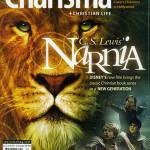 How an Balding, Bookish Bachelor Unleashed His Inner Child

It was thoughtful but reader-friendly books on Christian theology such as Mere Christianity and The Screwtape Letters that inspired one magazine to name C.S. Lewis evangelicals’ “patron saint.” But the balding, bookish Oxford University professor knew how to climb down from academia’s ivory towers, connect with his own inner child, and write The Lion, the Witch and the Wardrobe, now a major Disney film.

Examining the Growth and Consequences of the Pensacola Outpouring

Steve made many trips to Florida to cover the Pentecostal revival at Brownsville Assembly of God. Some historians call it the most significant congregation-based renewal of the 20th century, while some critics call a “counterfeit revival.” Travel through time with these articles from 1998 to 2012.

1998: Crowds are flocking to Brownsville Assembly of God in Pensacola, Florida. The revival has broken out in dozens of Assemblies congregations around the country. But not everyone is singing hallelujahs. The revival has attracted intense media and theological debate.

2000: Some three million people from around the globe have experienced the Pensacola Outpouring at Brownsville Assembly of God. A decade later, things are different but the fire still burns.

2000: Time brings change to the revival. For one thing, evangelist Steve Hill, whose fiery sermons propelled the revival, has left to pursue overseas crusades.

2012: Christians are warned to be careful what they pray for, because they just might get it. That’s the case for Brownsville Assembly of God, the congregation that fervently prayed for revival for years and years and is now trying to recover from the debt and dysfunction left by the revival and its leaders.

In Search of Lincoln’s Faith

The goal of his book, Abraham Lincoln: Redeemer President, is “understanding the man as a thinker, and his connections as a thinker to the larger context of ideas in the 19th century,” says historian Allen Guelzo. He explores the inner world and religious faith of the 18th president, who in the days after his death was compared to both George Washington and Jesus Christ.

Little known outside of Christian music circles, Bill Gaither has sold 20 million albums and 20 million CDs while writing songs with wife Gloria that were sung by Elvis (“He Touched Me”) and hymns (“Because He Lives”) that have been sung by millions of believers on Sunday mornings. 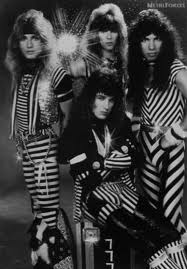 This classic article from 1985 shows how one pioneering rock band turned up the volume of contemporary Christian music to eleven! Singer Michael Sweet says the problem with most religious rockers is their theology is stronger than their music. “If you’re out there in the secular world, you’re not going to see a group because they talk about Christ. You’re going to go hear a band because they’re good, and because they have a good stage show.”

The Stryper article (and the accompanying photo of the band decked out in chains and studs) convinced dozens of loyal Christianity Today readers that the world as they knew it was ending, leading them to cancel their subscriptions. See some of their reactions here. 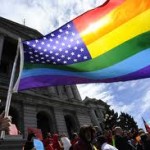 The U.S. Supreme Court’s 6-to-3 decision to strike down Colorado’s Amendment 2 transformed a measure that conservative Christians once hailed as a model for overturning the “gay agenda” into a major victory for homosexual rights.

God Loves Homosexuals, and So Does She!

The late wife of fallen televangelist Jim Bakker is the subject of a critically acclaimed documentary, “The Eyes of Tammy Faye,” which reveals her soft spot for homosexuals–a group that many other Christians condemn. Filmmakers Randy Barbato and Fenton Bailey show how Tammy Faye has expressed concern and compassion for homosexuals for nearly 20 years.=

Evangelical Christians are people of the Word, and Christians have embraced books and periodicals ever since Gutenberg first printed Bibles five centuries ago. But as the staid world of Christian publishing addresses the digital revolution’s “new normal,” digital publishing isn’t paying the bills. Major magazines are closing, and book publishers are reducing their new titles.

Bilbo Baggins: Lord of the Megaplex

It all began in 1937, when a British publisher took a gamble on a book about Hobbits by a philologist and professor of old English literature. Half a million words later, the Lord of the Rings trilogy was born. The series has sold more than 50 million copies and inspired the first in a series of highly anticipated films. 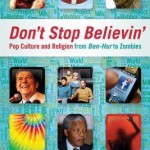 Pop Culture and Religion from Ben-Hur to Zombies

Granted: Elvis, Walt Disney, the Beatles, Star Wars, Madonna, Stephen King, The Simpsons, U2, Oprah qualify as theologically significant pop cultural icons of the past 60 years. But why did this book’s multiple authors (most of them affiliated with Fuller Theological Seminary) neglect Hugh Heffner, “All In the Family,” Woodstock, James Dobson, The Late Great Planet Earth, Bill Hybels/Willow Creek, Bruce Springsteen, and the religious right?

The majesty of creation has been the backdrop for humanity’s most enduring encounters with the divine. Moses met God on a mountaintop. John Wesley experienced his transformative warming of the heart after nearly losing his life at sea. But in his book, Last Child In the Woods, Louv says we technologically advanced citizens of the 21st century now live life indoors, and the consequences are killing us.

Posted in Articles
A to Z