The Day Aliens Reached Out and Said, “Hello!” (Maybe)

It happened 39 years ago today as an astronomer involved in the search for extra-terrestrial intelligence (SETI for short) picked up a radio signal, possibly from aliens in the constellation of Sagittarius.

Researcher Jerry R. Ehman of Ohio State University was so shocked by the apparent bleep from space that he wrote the word “Wow!” on a computer print out. 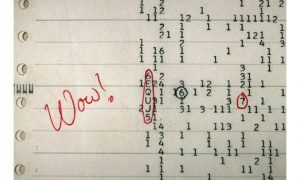 But the excitement generated by the signal has calmed down. Unfortunately, no one was ever able to pick up the signal again, leading to questions about its validity. And in the 39 years since, there have been no additional signals.

Is Anybody Out There?

That wasn’t the way it was supposed to work out, as David Bradstreet and I show in our new book, Star Struck, out next month: 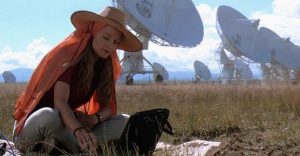 In the movie “Contact,” Eleanor Arroway (Jodie Foster) picks up signals from an alien life form.

For decades, scientists hoped SETI would help us find someone out there somewhere, none more enthusiastically than the late Carl Sagan, who wrote the novel that became the popular 1997 movie Contact.

In the film, Jodie Foster plays Dr. Ellie Arroway, a scientist who picks up signals from space. Finally, another civilization has reached out with an intelligent radio handshake….

The silence has been particularly deafening for Frank Drake, one of the pioneers in SETI (the Search for Extraterrestrial Intelligence) and author of the famous Drake Equation, which argues that since there are so many billions of planets in our cosmos, it makes sense that somewhere between one thousand and 100 million of them should be home to technologically advanced alien civilizations.

Now, after decades of work and millions of dollars, many scientists are moving on.

“Things have slowed down, and we are in bad shape in several ways,” a disappointed Drake told science writer Lee Billings in Five Billion Years of Solitude: The Search for Life among the Stars. “Most people don’t seem to think there is much benefit to it.”

But the absence of signals from space isn’t stopping Hollywood from creating more movies about alien visitation.

The next film to explore the topic, Arrival, opens November 11. Amy Adams stars as a language specialist trying to decipher the aliens’ statements. 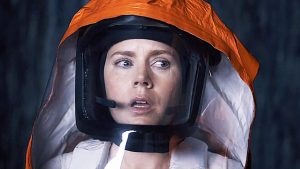 Do you think there’s life on other planets? Why, or why not?