Home › Articles › Move Over Tatooine: Two (or Three) Suns Better than One!

Move Over Tatooine: Two (or Three) Suns Better than One!

Astronomers recently found something very interesting more than 300 light years distant: an Earth-like planet (or exoplanet) that has three suns.

Multiple-star systems made no sense to me a couple of years ago, but that was before I met David Bradstreet, an astronomer whose specialty is binary stars. 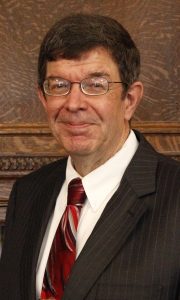 Here’s how Dave and I explain multiple-star systems in our new book, Star Struck (which releases one month from today)

Remember the dual suns Luke Skywalker saw from his home planet of Tatooine? Star Wars got it right. Multiple-star systems like the binaries that warmed Luke’s skin make up 60 percent of all the stars in our cosmos.

When I study the light curves coming from distant binaries, I can tell if the gravitational bond between them is strong enough to pull them closer together. When the bond is extremely strong, the two move close enough to exchange energy and mass.

Seeing this process play out is like having a front-row seat for the most amazing show ever. I’m witnessing a vast cosmic dance involving celestial bodies whose power and energy stretch over billions of miles.

In this dance of binary stars I see God.

Not literally. God is invisible.

But when I study the heavens, I see God’s character expressed in the order, beauty, complexity, and harmony of the many marvelous worlds he has made.

Kevin Wagner, a doctoral student who led the team that found the new star system, told the AP he was thrilled “to have seen such a beautiful part of nature that nobody else has seen.”

You may not know that binary and triple-star systems aren’t cosmic freaks. They’re the astronomical norm, as Dave and I point out:

Today, most scientists agree that 60 percent to 80 percent of all the stars in the cosmos are in multiple-star systems. Our solo Sun is not the norm, but a solitary outlier.

Our Earth takes a year to orbit its single sun. It takes HD 1313388Ab (yes, that’s the “name” of the newly discovered planet) some 550 years to orbit its multiple suns. For part of that orbital period, the planet enjoys multiple sunrises and sunsets every day. The rest of the time it is bathed in constant starlight.

Dave has been studying binaries for decades, and has even developed a software product called Binary Maker 3.0 that helps astronomers analyze the tugs and pulls that binary stars exert on each other.

To learn much more on multiple-star systems and other amazing astronomical discoveries, read Star Struck: Seeing the Creator in the Wonders of Our Cosmos, written by yours truly and astronomer David Bradstreet (Zondervan, Sept. 2016).

You can pre-order your own copy here.