Billionaire Space Race and Ending the War Between Science and Faith

I recently wrote about the Billionaire Space Race for the Colorado Springs Gazette. At the same time, Gazette writer Debbie Kelley wrote about me and Star Struck, my new book with astronomer David Bradstreet. 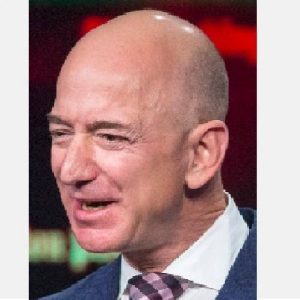 “I won the lottery with Amazon,” he said at this spring’s Space Symposium in Colorado Springs. Now his billions fund his “boyhood dream.” In 2000 he founded Blue Origin, an aerospace company that plans to enable “anybody to go into space,” on brief, expensive rides.

My article asks: with all these new private space ventures, can we be “good” in space? And if bad guys take to the heavens, what is anybody going to do about it?

I interviewed experts Steve Eisenhart of the Space Foundation and Ian Christensen of the Secure World Foundation. You can read the article here.

“The war between religion and science is over,” said Rabey, who has written 35 books on subjects ranging from Celtic spirituality to the 1999 Columbine High School shooting to Pentecostal revivalism.

“No astronomical finding will diminish your belief in God’s role as Creator and sustainer of the universe,” the authors write.

Debbie has covered religion for decades, and understands that some believers are convinced that science is out to demonize faith. But as Debbie points out, everything I researched while writing Star Struck showed that scientific discovery often results in complex, elegant heavenly processes that engender awe and praise:

In doing research, Rabey said he realized the vastness of God’s creation – “the kind of things that make you stop and go ‘Hmmm’ and look up and marvel and wonder.”