Was he a holy man or con man? A benevolent father figure or a dirty old man? Decide for yourself after watching The Source Family, a documentary film about the former Marine named Jim Baker who transformed himself into Father Yod and led a utopian commune of wide-eyed young followers who were devoted to healthy food, the Sacred Herb, and sex. 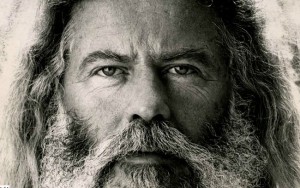 “I’m the father you all wanted,” said Father Yod. His devoted followers seemed to agree, most sticking with him even after he determined he should have 13 wives.

“They transformed sex, drugs and rock and roll into a genuine religious formation,” says a scholar quoted in the documentary. 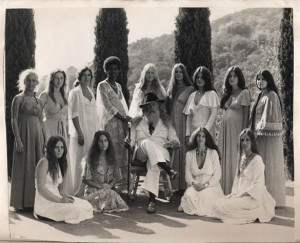 Thanks to an abundance of photos, film, and music (provided by the commune’s band, YoHoWha 13, which recorded numerous albums), The Source Family transports you back in time to the early 70s.

The documentary also features more than a dozen former members of the group, which disbanded after Father Yod’s sudden death in 1975. Some, like Isis Aquarian, one of the 13 wives, remain as devoted as ever.

If you’re interested in cults, groupthink or the legacy of the 60s, see The Source Family.