There’s a big birthday coming up. Really big! According to 17th century northern Irish Archbishop James Ussher, the universe was created exactly 6,020 years ago this Saturday. 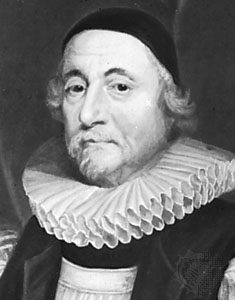 David Bradstreet and I discuss Ussher and explore the age of the cosmos in our new book, Star Struck:

The Bible clearly teaches that God created everything “in the beginning.” But does Scripture also tell us when that beginning began?

This question became an obsession for James Ussher, a seventeenth-century Irish Anglican bishop who spent decades of study and research in his quest to come up with the best answer. His dogged pursuit of the truth sapped his strength, emptied his bank account, and almost blinded him. But he persevered, concluding that the beginning had begun at 6:00 p.m. on Saturday, October 22, 4004 BCE.

But we almost didn’t learn about Ussher’s massive project:

Ussher was in his sixties when he finally finished his research. That’s when tragedy struck. All his notes were blown away by a powerful Irish wind. The loss shocked the bishop, who ascribed the incident to God’s mysterious will:

“He has thought fit to take from me at once, all that I have been gathering together, above these twenty years, and which I intend to publish for the advancement of learning, and the good of the Church.”

Helpful townspeople quickly gathered up most of the bishop’s windblown papers, allowing him to finally publish his magnum opus, The Annals of the World, in 1650.

While most praised his scholarship, others scoffed. In 1922, H. G. Wells, a skeptic and author of some of the most enduring works of science fiction (The War of the Worlds, The Time Machine), dismissed Ussher’s dating scheme as a “fantastically precise misconception” based on “arbitrary theological assumptions.”

Ussher’s chronology might have disappeared had it not been added to scripture by some publishers:

Ussher died six years after publishing his Annals, but his dating scheme achieved immortality when an enterprising Bible printer began including his chronology in new Bibles. The Church of England incorporated Ussher’s dates in its official version of the Bible in 1701.

(Some Catholics also embraced Ussher’s dating scheme, but Jesuit missionaries encountered problems in China when they tried to preach a young-Earth Creator to people who traced their civilization back thousands of years.)

Over the next two centuries, Ussher’s dates were printed alongside the scriptural text in millions of English-language Bibles, leading generations of Bible readers to think of Ussher’s chronology as the biblical chronology.

This comingling of Scripture and chronological interpretation confused at least one reader. “I declare I had fancied that the date was somehow in the Bible,” said Charles Darwin. 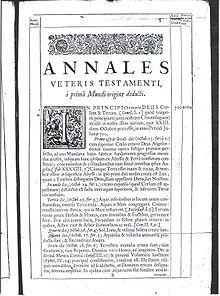 More than four in 10 Americans continue to believe that God created humans in their present form 10,000 years ago, a view that has changed little over the past three decades.

Read about efforts by theologians and scientists to determine the age of the cosmos in Star Struck: Seeing the Creator in the Wonders of Our Cosmos, written by yours truly and astronomer David Bradstreet (Zondervan, Sept. 2016).

You can order your own copy here: