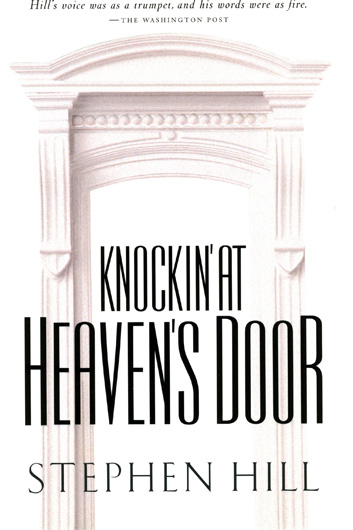 Hill preached to millions as the evangelist of the long running Brownsville Revival in Pensacola, Florida. He reached millions more through his media appearances on CNN, ABC’s “20/20,” USA Today, and The Dallas Morning News.

Hill recounts his own life story, including his dramatic transition from a drug-addicted petty criminal to a no-nonsense, no-holds-barred preacher. Since he has experienced the miraculous power of God himself, he pleads with readers–through stories, Biblical exposition and humorous asides–to allow themselves to do the same.

Rick Bragg, The New York Times: “Stephen Hill reaches for the bleakest sinner with one hand even as he gropes for the comfortable, social-club Christian with the other. Both, he warns, will bust hell wide open.”