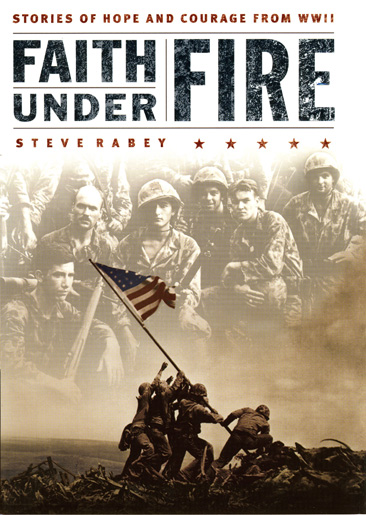 War is hell, but the 21 men and women profiled here found glimmers of hope among the death and destruction. Coming from Protestant, evangelical, Catholic and Orthodox traditions, these members of the “Greatest Generation” tell how faith shaped their lives and helped them cope with the horrors of war. Many of these stories also explore issues of aging.

Profiles include:
• A Catholic chaplain who ministered to the dead and dying on Iwo Jima
• A Tuskegee Airmen who because of his black skin was not allowed to eat in the same mess hall that white soldiers shared with German prisoners of war
• A pioneering member of the Women’s Auxiliary Army Corps
• A witness to the Nuremburg War Crimes tribunals
• A righteous Gentile who helped save the lives of 300 Jews in wartime Belgium
• And pastor Dietrich Bonhoeffer, who spoke out against German religious leaders who appeased Hitler, paying for his sedition with his life.

David Crumm, The Detroit Free Press: “These lives form a haunting portrait of the role faith plays in healing the scars of war.”

Larry Witham, The Washington Times: “The celebration of World War II veterans as ‘the greatest generation’ paid little attention to their Christianity, a vacuum filled by a new collection of war stories from a faith perspective.”

Command magazine: “A compelling new book reveals a moving glimpse of how faith, hope and courage sustained so many veterans and others during World War II.”